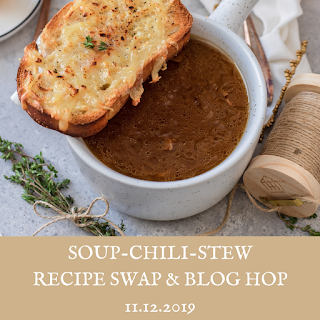 He says....
Wikipedia defines "Gumbo" as "a stew popular in the U.S. state of Louisiana, and is the official state cuisine. Gumbo consists primarily of a strongly-flavored stock, meat or shellfish, a thickener, and what Louisianians call the "Holy Trinity" of vegetables, namely celery, bell peppers, and onions."

First off...I would not have used the term stew and gumbo in the same sentence unless I was asking you if you preferred chicken stew or chicken gumbo! There are many variations of gumbo that differ from ways to prepare the roux (pronounced rue) to what ingredients are used. I would think gumbo closer to soup than a stew....but, what do I know? I love to make all types of gumbo...chicken and sausage gumbo, poule d'eau and gizzard gumbo, squirrel gumbo, okra and egg gumbo and a myriad of seafood combinations...all different type of gumbos that can be prepared in a number of ways! I would consider my seafood gumbo prep more "traditional." However, some may see mine as different from their "traditional."

My first order of business is always to cut up the "trinity." The word trinity is typically associated with Christianity representing one God within the Father, Son and Holy Spirit. From a gumbo aspect, the "tri" in trinity represents three items within one mixture - onions, celery and bell pepper. But, I was never good at math and Latin.....my onions consist of two types of onions - yellow and green. So, that would technically be four items! I prefer relatively equal quantities in the mixture to include one large yellow onion, one large bell pepper, one bunch of green onions and several stalks of celery...all chopped to a fine to medium coarseness. I always leave a small section of green onion tops to chop and add later for more color. My grandmother would use two part yellow onions to one part bell peppers....just for additional variation in this recipe.

The next order of business - season the seafood. Ideally, if you have leftover crabs, crawfish or shrimp from a previous seafood boil...these are the BEST! They have already been seasoned and that seasoning accents your finished gumbo! Unfortunately, there aren't many leftovers after a seafood boil...so, you have to start from scratch with fresh, lump crab meat, crab claws, fresh peeled shrimp, crawfish tails, oysters, large flaked fish, scallops....pick your favorite or ideally, mix and match. For this gumbo, we are using about two pounds of fresh peeled shrimp which were roughly a 35 count shrimp (meaning 35 whole shrimp per pound). We're also adding 16 ounces of cooked, lump crab meat, 16 ounces of crab claws and a pint of oysters. Season this seafood meat with your favorite seasonings. We prefer D.A.T. Sauce and a little Chef Paul (Prudhomme) Seafood Magic, a hint of salt and fresh cracked red/white/black pepper mix. You can add your favorite Cajun seasoning...as much or as little as you like. Cover these and let them sit and soak up DAT goodness! Just a word of advice...if you happen to buy any frozen seafood that is not fresh, defrost these and rinse thoroughly. They are often flash frozen using a process which introduces some chemicals/preservatives. So, give them a good rinse and dry before seasoning to knock off any residual preservatives.
The next step...and most probably the most important....the Roux! There are countless ways to make a roux...with oil, without oil, in the oven, in the microwave, on the stove top, from a jar, yada yada yada. From the roux aspect, the flour and oil in a black iron skillet is my idea of "traditional." My go-to is a 9 quart, black iron, Dutch oven. I prefer the black iron pot or any other thick bottomed, thick sided pot which will retain heat. I will cover the bottom with a thin layer of cooking oil; about 1/8-3/16" deep. I'll place this over a medium fire bringing the oil up to temperature. As the oil begins to get hot, I'll slowly stir in enough all purpose flour to obtain a consistency that is not oily, but not too pasty. It's just an appearance thing to me and something I never measure out. So, I can't give you quantities. It's basically enough flour to displace the oil, but maintain viscosity. It will stir freely. I'll add just a pinch of salt. From here, the stirring and tending to the roux begins!
I prefer a flat bladed wooden spoon to stir the roux....what can I say other than it feels traditional. The roux must be tended to and constantly watched to prevent burning (ruining) your roux. I rarely let my roux sit untouched for more than about 30 seconds as I am constantly stirring....left to right, top to bottom, clockwise, counterclockwise....no particular direction....just continuing to move the flour through the oil. Watch for any signs of smoke....an indicator that the fire may be too high. This is a long, slow process. Over time, the roux will gradually darken. As you can see in the photos, the oil/flour mixture will have a very slight "boil" as it cooks. The consistency will also get slightly thicker as it cooks.

How dark should you let your roux get? This is all a matter of personal taste, what type of gumbo you are making and how patient you are! Personally, I prefer a dark roux for everything! Some folks say dark roux for seafood and slightly lighter roux with chicken and sausage....but, both are always going to be dark if I'm cooking! My rule of thumb is this; when you think the roux is dark enough, go another five minutes!

When you have your roux to your desired darkness, add in your trinity.
Fold the vegetables in with the roux for a minute or two until they have absorbed plenty of heat from the stove top. You're not trying to make them translucent or caramelize them, here. You just want to get them to get good and hot.

Once hot, place the lid on the dutch oven and turn off the fire. Let this sit for twenty minutes. During this time, the roux will darken and the trinity will saute using the residual heat....why I like to use the thick, cast iron pot. The trinity will also begin to sweat and thicken the roux. After the twenty minutes, take the lid off, allowing any moisture on the lid bottom to fall into the pan. Give the pot a good stir and fold. The yellow onions should be semi-translucent and all vegetables soft around the edges. The roux should take on a thicker consistency with the introduction of the vegetable moisture.

Next, I'll put the fire back on medium and stir in one can of drained Rotel diced tomatoes and peppers. I prefer the regular....but, my family prefers the milder Rotel. As this is heating up, I'll begin adding the seafood stock and water. I typically use packaged seafood stock and cut it pretty good with water. In this large pot, I'll use one quart of packaged stock and the rest water. Packaged stocks are usually pretty high in sodium and the water will help dilute it.I'm guessing I use a about a 1.5:1 ratio....maybe 2:1....again...I really don't measure out anything. It's always a taste and looks kind of thing.

If you prefer going old school and making a stock from scratch, all of those peelings from the two pounds of fresh shrimp you peeled earlier....simply boil them in two to three quarts of water with a couple bay leaves, teaspoon of salt, a bit of Old Bay, some whole parsley stalks, a couple stalks of celery cut into about two inch lengths, and a quartered yellow onion. Bring to a rolling boil, reduce heat to low, cover and let simmer for about fifteen minutes. Allow the mixture to cool to room temperature. The "broth" will become more seasoned as the water cools. Strain the liquid into a different container and put aside until this point of the process........or, just get the pre-packaged stuff!

Now, I will add in all of my additional seasonings. Some of my go-to's are celery salt, red/black/white black pepper, fresh parsley flakes, three or four bay leaves, a couple splashes of D.A.T. Sauce. I'm generally pretty liberal with all of this. I'll add a small palmful of filé....would that be the equivalent of about a tablespoon? Could this derivative of sassafras leaves be the "thickener" referenced in the Wikipedia definition? I'll bring all of this to a good boil, stirring frequently keeping anything from sticking to the bottom of the pot. Then, drop the heat to a slow boil until the celery is soft and the onions are translucent. During this time, skim off any residual oil from the top of the gumbo.

Lastly, I'll add the seasoned seafood. I'll add the shrimp and oysters first. About two minutes later, add the crab meat and crab claws. I prefer a hardy gumbo with plenty of meat in every bite. Some people prefer less meat and more liquid. If you want more liquid, add some water here to thin it down...or make it go further for more people! Chop up the remaining green onion tops you had leftover and add them into the pot for presentation. The bright red Rotel tomatoes and dark, green onion tops make for a great presentation. Let the mixture simmer on low heat for about five minutes. Taste for any remaining seasoning you want to add...salt, hot sauce, your favorite Cajun seasoning, etc. If needed, simply add and you are ready to warm your soul!
Traditionally....put a healthy scoop of rice in a bowl and spoon/ladle the gumbo over the rice...always having much more liquid than rice....remember, this isn't stew! You want that rice swimming in the gumbo! If you're a meat and potatoes kind of person....substitute a thick, hardy potato salad for the rice. I didn't discover this until much later in life and love gumbo over potato salad when I have the opportunity.

Maybe the next time I cook this, I'll actually take the time to try and measure out ingredients. But, again...it's gumbo. By definition....there is no "real" recipe to cooking a gumbo...just the process. Roux, trinity, seasonings, meats and stock....all to the point that is pleasing to the eyes and pallet! Happy Eating!

And since this is a link party, please head over to Michael Ann's blog, OutandBack to see what tasty soup recipe she has in store!

The Cajun Couple
Hi, welcome to our blog. We are the Green's, Anne & Troy. We created this blog to share our Cajun life & adventures. We enjoy the Gulf Coast, fishing, travel, food & family life. We invite you to join in on our fun.